TasRail has a skills-based Board of Non-Executive Directors led by Chair Stephen Cantwell. 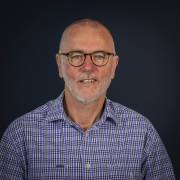 Stephen Cantwell joined the TasRail Board in January 2017 and was appointed Chair in January 2020. With almost 40 years of experience in a broad range of strategic, functional, and customer-facing roles within multi-billion dollar national and international businesses, Stephen has extensive experience backed by strong commercial acumen. In addition to his TasRail role, he sits on the boards of Port of Brisbane P/L, Queensland Rail and Lindsay Australia.

Throughout his executive career, Stephen worked in a range of C-suite and CEO roles with the pre-privatised Queensland Rail and the publicly listed Bradken Ltd. At Bradken, Stephen was responsible for differentiated consumable and capital products supplied to global markets in the resources, freight rail and power generation sectors.  His role encompassed responsibility for manufacturing facilities worldwide, distributing through an extensive network of sales and service centres in Australasia, Southeast Asia, Africa, the Americas, China, India, and the Commonwealth of Independent States (CIS).

In a career spanning 33 years with Queensland Rail, Stephen worked through every organisational level to build strong national and international business credentials in the transport and logistics sector. He continues to work with a range of global corporations and governments to advise in the areas of transport, logistics and infrastructure.

Stephen holds a Business Degree from the University of Southern Queensland, majoring in Operations Research and Information Systems, a Graduate Diploma in Transport Management, and a Master of Business Degree from the Royal Melbourne Institute of Technology. He is also a fellow of the Chartered Institute of Transport and Logistics, a Fellow of the Centre for Integrated Engineering Management, and a Graduate Member of the Australian Institute of Company Directors. 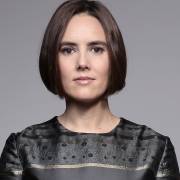 Alison Chan was appointed to the TasRail Board in February 2020. She is an award-winning governance and finance professional with 20 years’ experience leading innovative, strategic projects and has a passion for sustainability and ethical practice. Alison started her executive career as a banking and finance lawyer with King Wood Mallesons in Sydney and spent 12 years with Clifford Chance in London advising on a wide range of corporate governance and commercial matters on international transactions.  She acted for the lenders in relation to the financing of Ethiopia’s Awash-Weldia Railway, a US$865m project to connect the northern and eastern economic and traffic corridors of Ethiopia, demonstrating her first-hand understanding of how railway projects benefit the broader economy and the range of environmental and social considerations relevant to such projects. Alison’s non-executive and pro-bono works have spanned a range of environmental and social welfare projects, including as a Senior Advisor to the Climate Bonds Initiative and as a trustee of Alexandra Rose Charity and the Dunhill Medical Trust. After leaving law and the UK, Alison brought her focus on sustainability to banking in Australia, where her expertise lies in working with organisations looking to invest in sustainability. 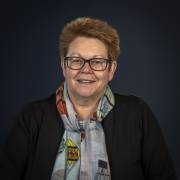 Janine Healey was appointed to the TasRail Board in July 2017. Janine is a Chartered Accountant with more than 30 years’ experience and is a Fellow of the AICD, Institute of Chartered Accountants and a Chartered Tax Adviser.  She is also a Director for the Football Federation of Tasmania, Interact IT Services Pty Ltd and Interact Hosting Pty Ltd.  Janine has previously been either a Director or Senior Manager with both KPMG and Deloitte.  She is a former director of Hydro Tasmania (13 years), Port of Launceston Pty Ltd, Tasmanian Electronic Commerce Centre Limited, Inveresk Railyard Management Authority and is a former member of the University Council.  She has been the chair of Audit Committees for all these entities as well as a member of HR and Remuneration Committees, Risk Management Committees and Governance Committees. Janine is former President and Treasurer of the Launceston Chamber of Commerce, former Treasurer of the award-winning Harvest Launceston and former member and President of the State Divisional Council of the AICD.

Anita Robertson joined the TasRail Board in December 2021.  She is a Chartered Accountant and Chartered Secretary with more than 25 years’ experience in finance and governance.  Anita is currently the Business Manager of St Virgil’s College Hobart, an independent Panel Member of the Risk & Audit Committee for the Department of Natural Resources and Environment Tasmania, and a Tasmanian State Councillor for the Governance Institute of Australia.  Previously she was the Chief Financial Officer of RACT and Chief Financial Officer/Company Secretary of Metro Tasmania and has held senior finance roles with Deloitte and PwC.  Anita is a past Tasmanian Regional Councillor for the Chartered Accountants Australia New Zealand (CAANZ) and a past member of its Tasmanian Corporate Advisory Panel. She is a former Non-Executive Director of Lady Gowrie Tasmania and past Chair of its Finance Sub Committee. Anita is a Graduate Member of the Australian Institute of Company Directors and is a Fellow of the Chartered Accountants Australia New Zealand, and the Governance Institute of Australia.

Ian Vanderbeek was appointed to the TasRail board in July 2021. Ian started his career as a commercial pilot in Papua New Guinea before moving to London to work for a major independent charter airline.  While in London Ian transitioned into management roles, firstly as the Head of Safety for the airline, then as Operations Director before being appointed Managing Director.  He oversaw a fleet of 18 aircraft and led a staff of 400 on operations throughout Europe, the CIS, Middle East and Africa.In 1997 Ian was responsible for listing the airline on the Alternative Investment Market of the London Stock Exchange.  Returning to Australia in 2000, Ian established corporate aviation operator ExecuJet before spending 5 years in China in regional aviation.  Ian’s most recent executive role was as Chief Executive Officer of specialist helicopter operator Aviator Group, from which he retired in June 2020. Ian now consults to SMEs across a range of sectors and is a director of aeromedical charity CareFlight Limited.  Ian holds a Bachelor of Business Degree and is a Graduate Member of the Australian Institute of Company Directors.

Samantha was elected to the TasRail Board in August 2015 and resigned in December 2019. In December 2017 Samantha became TasRail's second Chairman and led the business through the successful delivery of Tranche One of the Tasmanian Freight Rail Revitalisation Program. She helped drive a stronger focus on TasRail's Above Rail business performance and was passionate about the Company's performance towards being a more diverse workplace.

Bob was elected to the inaugural TasRail Board on 23 November 2009 and retired from the Board on 6 December 2017. He held a number of pivotal positions since the Company's inception, including Executive Chairman, Non-Executive Chairman, Chair of the Governance and Remuneration Committee, and Member of the Capital Projects Committee. Highlights of Bob's tenure include Above Rail freight growth, dramatically improved safety record, standardisation of rollingstock, introduction of the state-of-the-art Advanced Network Control System and the track infrastructure investment program.