TasRail inherited a business characterised by many years of underinvestment. Under previous owners the business had been run down to the point where it was no longer able to provide reliable and competitive freight services. As a consequence, customers had lost confidence in rail and considerable rail freight volumes had shifted to road transport. 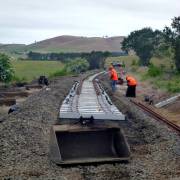 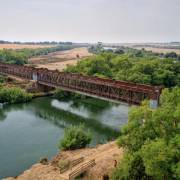 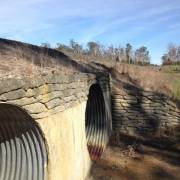 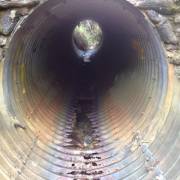 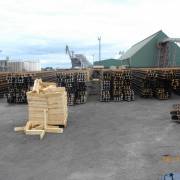 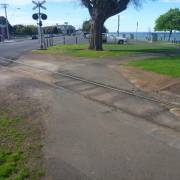 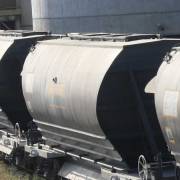 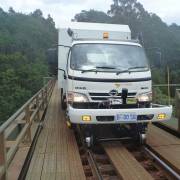 Project Overview: The Tamper Machine and Ballast Regulator are critical equipment required for the maintenance and safe operation of the rail network. The Tamper Machine is used to apply the correct geometry to the track and the Ballast Regulator is used to shape and distribute track ballast which supports the sleepers. The equipment inherited by TasRail was life-expired and no longer able to meet safety and operational requirements. The new Tamper Machine replaces two inefficient machines. The Ballast Regulator was designed and built in Brisbane, Queensland. The new equipment arrived in Tasmania during November 2013, and following commissioning and training, entered into service during March 2014. 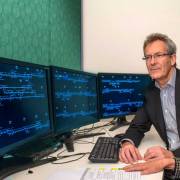 Overview: TasRail's current Train Control System is non-automated and requires considerable human interaction and compliance with operating rules. It uses paper-based procedures and the authority to safely access the network is transmitted to trains, track workers and equipment operators via a dedicated, open channel radio system. In common with other users of "dark territory" safe working systems, TasRail continues to experience a relatively high number of safe working breaches due to human error. The new Advanced Network Train Control System provides visibility of on-track vehicles, providing additional protection through warning and alarms to the operators and Network Control. The project includes the installation of a new data communications system.

Overview: The Concrete Sleeper Project incorporated the ballast cleaning of approximately 70 kilometres of track, the supply and installation of nearly 100,000 concrete sleepers and the installation of 64,000 metres of rail across priority areas of the network between Brighton and Burnie (equal to replacement of approximately 20 per cent of sleepers and 10 per cent of rail). The concrete sleepers were installed in track sections incorporating 200 metre radius curves or less.

Overview: TasRail had identified an urgent need to either upgrade or replace four life-expired, major railway bridges on the North West Coast. These bridges are all located on a strategically vital section of the rail network. The Blythe and Forth rail bridges were replaced on the existing alignment. The Leven was rebuilt on a new alignment upstream of the existing alignment. The Don superstructure was completely replaced in a 38 hour closure of the network. The 4 North West Coast Bridge Renewal Project was nominated for a 2014 Tasmanian Engineering Excellence Award.

Project Overview: The Brighton Transport Hub represents the single, biggest change to the freight transport sector for many years. The project was initiated by the Tasmanian Government in 2007 and through DIER, the intermodal transport hub was constructed. Following the establishment of TasRail in December 2009, TasRail worked with DIER to identify, understand and assess the potential implications and opportunities of the Hub. This included the business case to support TasRail taking on the role of Hub Operator and ultimate Manager of the facility, with responsibility for both the Hardstand and Warehouse Zones. In December 2012, TasRail announced that it had signed national transport company Toll, as its anchor tenant at the Hub. Toll subsequently invested $20 million in new facilities at the Hub, paving the way for the relocation of rail operations from Macquarie Point in Hobart to the Brighton Transport Hub in June 2014.

Project Objectives:
• Set a new standard for intermodal freight terminals
• Enable TasRail to play a leading role in the provision of freight logistics for both road and rail, and road and road
• Provide a focal point for the consolidation and deconsolidation of freight
• Reduce transit times between Hobart and Northern ports

Overview: Refurbishment of prioritised sections of the network from Hobart to Western Junction, including re-sleepering, rerailing, drainage, earthworks and level crossing upgrades.

Overview: Refurbishment of higher risk sections of the network between Burnie to Melba Flats, including laying of 28,918 new sleepers and 907 metres of new rail, re-ballasting and tamping works. Two bridges were replaced, seven level crossings were upgraded and some 675 rail joints welded.

Project Objectives:
• Continuity of operations across the statewide Tasmanian Rail Network
• Increase in rail usage
• Reduce the number of track closures for maintenance and repair work
• Reduce the risk of derailment

Project Overview: The refurbishment of 13 track kilometres from Boyer to Brighton. Upgrade works included the installation of 1,900 new sleepers and the replacement of life-expired 60lb and 80lb rail with 2,157m of new rail; re-ballasting and tamping works; minor bridge upgrades, drainage and earthworks.

Project Objectives:
• Ensure the continuing commercial viability of the existing service
• Improve the interface with the Transport Hub at Brighton
• Increase operational safety and reliability