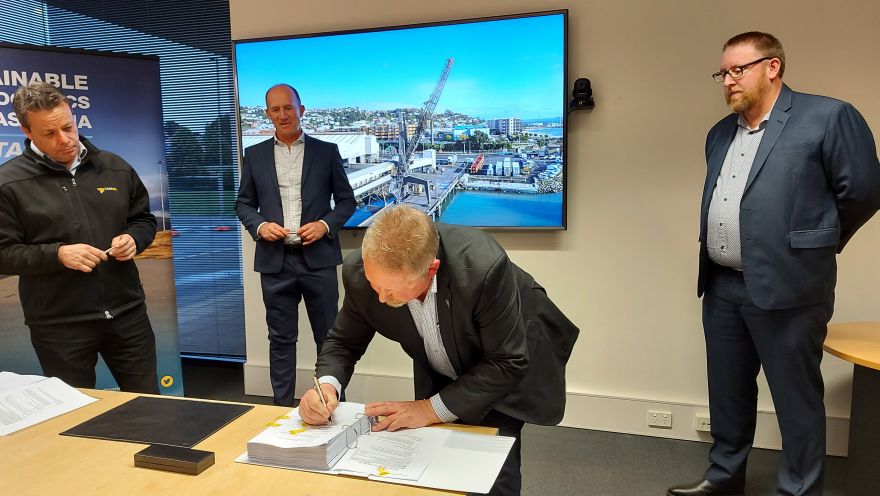 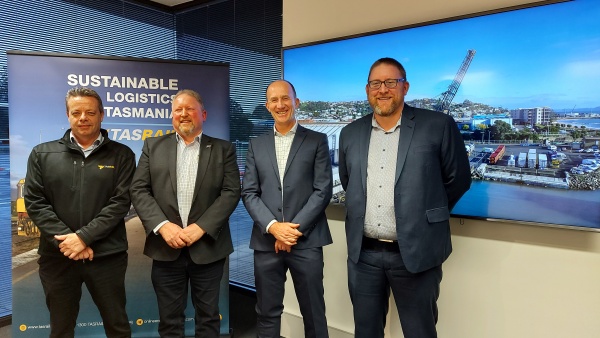 A major milestone for TasRail’s new bulk minerals shiploader project was reached this week with the formal execution of its design and construction contract with Tasmanian company COVA Haywards Pty Ltd.

Federal Member for Braddon, Gavin Pearce MP, announced in late July that TasRail was moving ahead with the $64 million Australian Government project.

“Tasmanians building new infrastructure for our west coast mining industry is a win-win. The Morrison Liberal Government is right behind jobs in Tasmania,” Mr Pearce said.

COVA Haywards will commence the design phase immediately. Preliminary investigations at the Burnie Port are underway and major fabrication will commence in early next year.

“COVA Haywards are excited to be partnering with TasRail to complete the new BMEF Shiploader Replacement, which will ensure the long-term security of minerals exports for Tasmania,” COVA Haywards Director Ben Evans said.

“We are also appreciative of the trust by both the Federal Government and TasRail in awarding the contract to a Tasmanian company utilising Tasmanian contractors. This level of trust and support enables all the businesses involved to train more apprentices and trainees and underpins a number of businesses over the life of the project.”
Tasmanian Minister for Infrastructure and Transport Michael Ferguson MP noted that TasRail had established a new project office at Burnie.

“It is estimated that there will be 140 full time jobs linked to the design and construction of the new Shiploader, making it a major manufacturing project for northern Tasmania involving many local contractors,” Minister Ferguson said.

TasRail’s current shiploader was built in 1969 and has since loaded millions of tonnes of commodities for export including copper, zinc, pyrite and a range of iron ore grades. With the current shiploader nearing the end of its economic life, the Australian and Tasmanian Governments have worked together to progress its replacement.


“The new shiploader will feature higher levels of reliability, contemporary environmental and safety standards and approximately doubling the load rate to about 2000 tonnes per hour,” Mr Dietrich said.

TasRail will continue to maintain and operate the current shiploader for its customers during the project. 2020-21 was TasRail’s second highest shiploading volume since it commenced operations (637,828 tonnes), with strong commodity prices resulting in more projects in the pipeline.

TasRail is pleased to announce that it has signed a new major contract with Norske Skog’s Boyer paper mill in the Derwent Valley.
Read Article