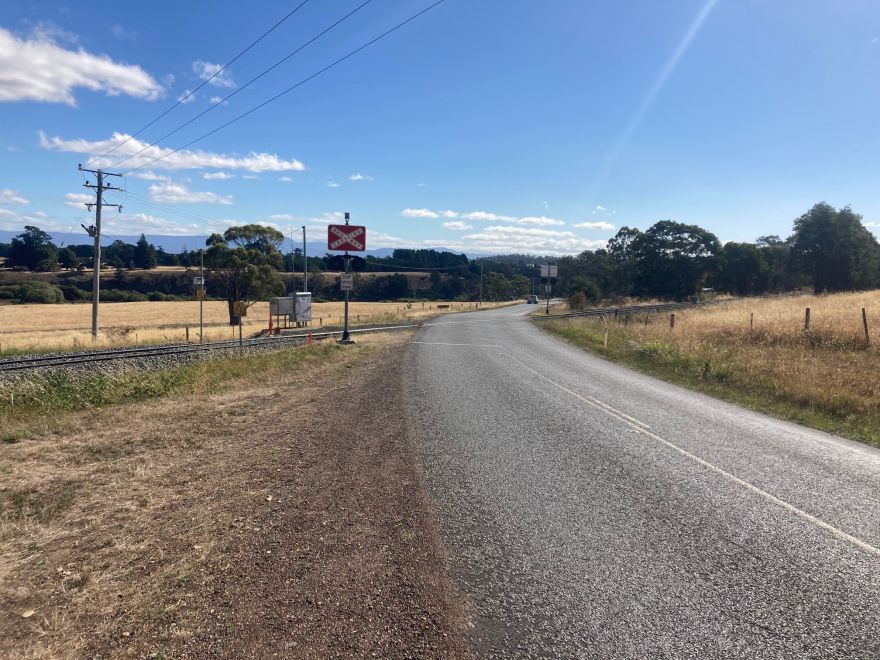 PublishedAug 09, 2021
In 2020-21 TasRail reported a 27 per cent increase in level crossing failure to stop or give way incidents around the State.

TasRail has urged Tasmanians to remember to stop, look, listen and think when they are anywhere near the rail corridor.

This week is National Rail Safety Week. Each year in August, the rail industry combines to raise the profile of community rail safety by targeting specific areas of concern and raising the importance of staying safe around railway tracks and trains.

TasRail CEO Steven Dietrich said that it was disappointing to see an increase in the number of reported level crossing incidents and trespass activities around the State in 2020-21, the biggest area of concern being the North West Coast.

“TasRail continues to reach out to educate the motoring public via a variety of platforms, including online and radio. What we need now is for vehicle drivers to understand that these are road rules, not rail rules, and to do the right thing,” he said.

TasRail’s General Manager of Freight Services Matthew Patten said that while many thousands of Tasmanians interact with the railway daily - particularly on the North West Coast - the majority without incident, any level crossing or trespass incident had the very real potential to cause serious harm or loss of life.

“A split second of inattention or a decision to ignore the signs and signals at railway crossings could have far-reaching effects – to motorists and pedestrians, their families, locomotive drivers and rail staff, and the broader community,” Mr Patten said

Mr Patten said that trainee locomotive drivers are taught many things about level crossing procedure, such as approach methods, awareness of surroundings, vegetation, pedestrians - anything that needs to be considered to enable safe transition across the roadway.

“What cannot be taught is how to cover off on the dangerous behaviour of road vehicle operators. Our train drivers can guess, roughly assume but cannot ever quite know what they are thinking.

“Locomotives can’t swerve. It can take 1000 metres or so for them to stop under emergency brake. We ask motorists to consider how they would feel in that situation.”

TasRail Senior Safety Specialist Corrie Summers said that trespass in the rail corridor also continued to be an issue throughout the State – with a 15 per cent increase in reported incidents in 2020-21. The majority reported in the North and North West.

“Pedestrians and trains don’t mix. There is no such thing as a safe shortcut through the rail corridor,” Ms Summers said.

“The rail corridor, including our rail yards, around the State is no place for members of the public. At TasRail we want everyone to go home safe and well every day. We know that people love trains, but TasRail is a busy 24/7 working freight railway so we urge you to stay well back from those areas at all times.

“We also urge the public to remember that our timetable and 100 plus services each week vary to suit the needs of our customers, and trains are quieter than what people think.”

Some of the media coverage of the event can be found at the links below.