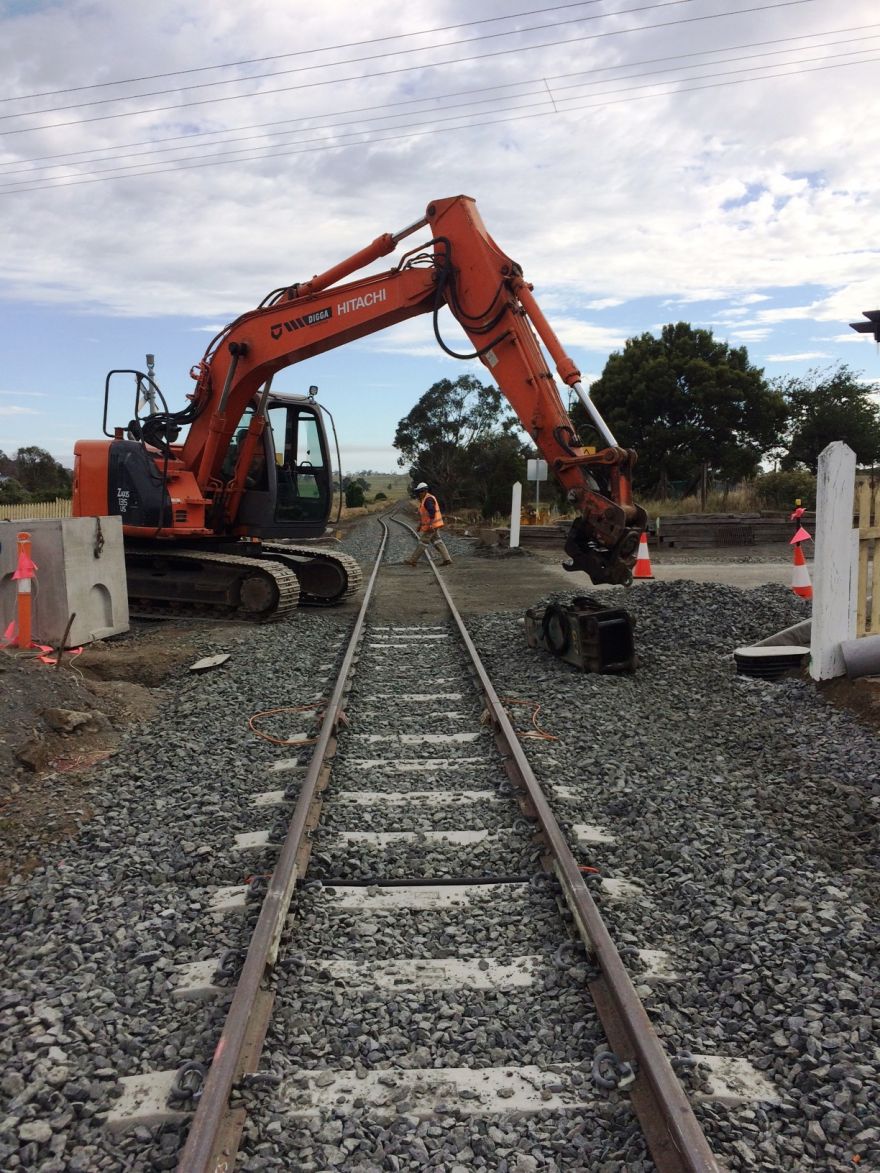 PublishedMay 07, 2018
TasRail’s capacity to deliver freight on rail in a timely, safe and competitive manner has today been further enhanced due to the State and Federal Government’s commitment to funding Tranche Two of the $119.6 million Infrastructure Investment Fund.

The Federal Government has confirmed that $59.8 million under the Tasmanian Freight Rail Revitalisation Program will be announced in tomorrow night’s Federal Budget, matching the State Government’s $59.8 million contribution.

TasRail Chief Executive Officer Steven Dietrich said this was fantastic news for TasRail, for existing and new Tasmanian industry, for local contractors and for the wider Tasmanian community.

"TasRail is so thankful to both the State and Federal Governments for recognising the importance of freight rail in Tasmania and funding the second four-year Tranche of rail infrastructure upgrades,” Mr Dietrich said.

“This funding gives certainty to our existing highly-valued customers, as well as the new customers we are currently in negotiations with, that decades of deferred rail infrastructure spend is being addressed and that TasRail will further expand its capabilities of providing innovative logistics solutions.

“Our internal TasRail team, as well as our skilled local contractors, have extensive experience in delivering rai infrastructure projects on time and on budget. This funding announcement ensures all teams remain mobilised and committed to delivering the next round of projects commencing 1 July 2019.”

TasRail hauls more than three million tonnes of freight on rail each year, equating to more than 140,000 less heavy vehicle movements on our roads and more than 55,000 less tonnes of harmful emissions.

As at 30 April 2018, almost $92 million of the four-year $119.6 million Tranche One program has been invested by TasRail with critical rail infrastructure projects focusing on bridge strengthening, level crossing upgrades, track works and joint welding. So far, 106,936 sleepers have been replaced, 105,927 metres of rail, 113,681 metres of track tamped, 55,471 tonnes of ballast replaced, 31 culverts rehabilitated and 30 level crossing upgraded.

Mr Dietrich said key projects in Tranche Two will include reconstructing formation and ballast, sleeper, rail and culvert replacement, as well as the upgrading of a further 35 level crossings.

“All key rail freight corridors from Hobart to Launceston to Burnie to Rosebery will benefit from this funding commitment and TasRail looks forward to working with the State and Federal Governments to deliver these critical projects on time and on budget,” Mr Dietrich said.