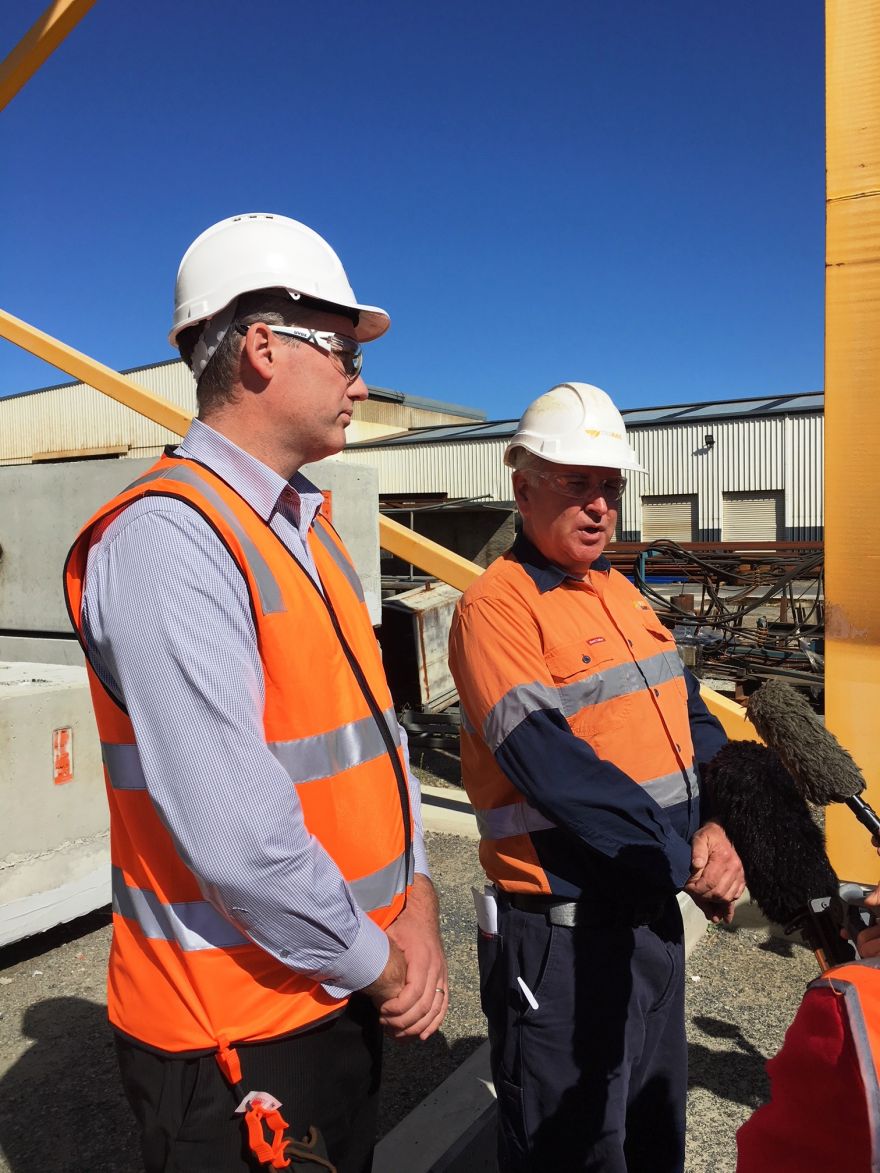 PublishedMar 21, 2018
A state-of-the-art engineered and environmentally-superior rail bridge to cross the Elizabeth River at Campbell Town is being pre-cast in Ulverstone ready for on-site construction over Easter.

More than 390 tonnes of concrete are being poured into 26 pre-cast bridge component moulds by VEC Civil Engineering, which was awarded the Bridge Repairs Tender as part of the joint State and Federal Government funded $119.6 million Infrastructure Investment Program (IIP) to upgrade priority sections of the Tasmanian Rail Network.

About 80 per cent of the pre-cast work is now complete involving 8 x deck beams, 2 x abutments and 1 x pier. Each of the sections weighing up to 30 tonnes will be transported by semi-trailers to Campbell Town during the next week.

TasRail will suspend rail operations on the South Line from 5am on Easter Friday (30 March) until 8pm on Easter Sunday (1 April) so the new bridge can be constructed.

“This superior design will enhance environmental flows in the Elizabeth River, assist in the prevention of debris build up during a flood event, reduce ongoing maintenance costs and ensure the safety of our trains, drivers and customers’ freight along this key freight rail corridor,” Mr Ness said.

“The TasRail team has been working with VEC on site for the past three weeks to excavate and pour the footings for the centre pier and south abutment, and clear a pad for the crane so we can lift each of the pre-cast bridge components into place during the Easter break.”

Mr Ness thanked the State and Federal Governments for their ongoing commitment to fund rail infrastructure upgrades that enable TasRail to deliver freight safely, competitively and on time on behalf of its highly-valued customers.

VEC Civil Engineering General Manager Lincoln Bromwich said the VEC team had been working hard both in Ulverstone and at Campbell Town to prepare for the bridge construction at the end of the month.

“We were delighted to win this competitive tender to work with TasRail to replace the Elizabeth River Bridge at Campbell Town. There is no doubt that TasRail’s commitment to supporting local businesses like ours enables us to employ additional people and contribute more to the local economy,” Mr Bromwich said.

“This project comprises three on site in-situ pours for the blindings (footings) and additional pours for fill between existing abutments and new panels and a steel walkway for personnel access in the future.

“There is no doubt that these projects are challenging as we have a very tight deadline to complete the bridge replacement at Easter while the trains are stopped.

“But we are confident that we will again deliver for TasRail.”

TasRail also again reminds all Tasmanians and visitors to the State that works may continue through the night from 5am on 30 March until 8pm on 1 April while the bridge is replaced. Work will continue on site until 14 April. TasRail also reminds all campers and people in the area to obey all safety and traffic management plans.