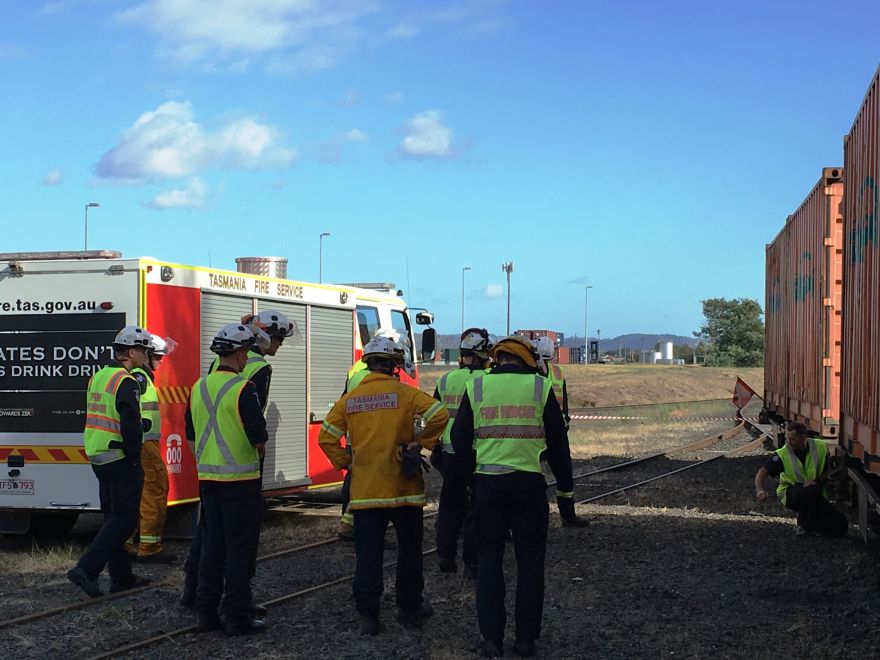 The training is designed to ensure that firefighters called to the scene of a collision between a train and a pedestrian or a vehicle will be able to immediately secure the locomotive and wagons before executing an extraction.

Similar training was conducted last year in Brighton with southern-based TFS crews and a third exercise is planned for Burnie later this year.

TasRail CEO Damien White said the exercise would ensure both TasRail and TFS employees could respond to an emergency situation in the quickest and safest manner.

“We have seen a doubling in the number of people trespassing in the rail corridor this year, which is completely unacceptable,” Mr White said. “We are ensuring that emergency personnel and the TasRail team are equipped with the knowledge and skills to manage an emergency incident with a 100+-tonne locomotive hauling 2000 tonnes of freight.

“We also want to ensure that all TasRail drivers and emergency responders are given the emotional support needed during and after any incident as there is no doubt that collisions of this nature can affect an individual’s ongoing health and well-being.”

The training will also focus on operating emergency stop capabilities, locomotive window removal, accessing the safest points for lifts, pinpointing any additional hazards such as the fuel tank in the event of a fire, and the removal of a vehicle or pedestrian from under a train.

Tasmania Fire Service Station Officer Alisdair Williams said the firefighters involved would be assessed for competency as part of a continuing rescue-based qualification.

Mr Williams said it was invaluable for firefighters to be able to work with a scenario that is as close to real life as possible.

“The Tasmania Fire Service thanks and congratulates all TasRail and TFS employees on their organisation of this day and their ongoing commitment to safety and innovation excellence.”