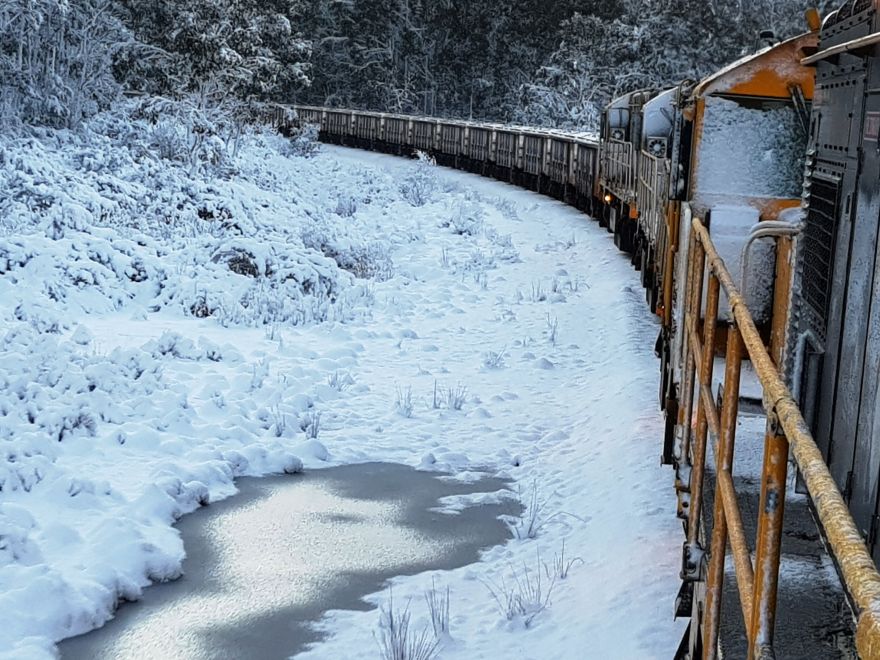 PublishedSep 06, 2017
TasRail has congratulated its team on their commitment to safety excellence while operating in extreme weather conditions.

The ore train on the Melba line between Burnie and Rosebery was cancelled and stabled at Guildford half way through the journey due to a deterioration in conditions.

Driver Steve Kimpton, who captured the images, was collected and returned safely to Burnie.

TasRail Chief Operating Office Stephen Kerrison said both rail and road access had been shut to the West Coast due to heavy snow falls.

“While it is TasRail’s customer charter commitment to deliver freight to and from our customers safely and on time, the safety of our team is paramount and in this instance the decision was made to suspend the service,” Mr Kerrison said.

“We had a mitigation strategy in place involving a hi-rail vehicle shadowing the train to ensure the safety of our driver.”

The biggest risk to the train was snow-laden trees obstructing the track.

Copies of Steve Kimpton’s images can be found on the TasRail facebook page.