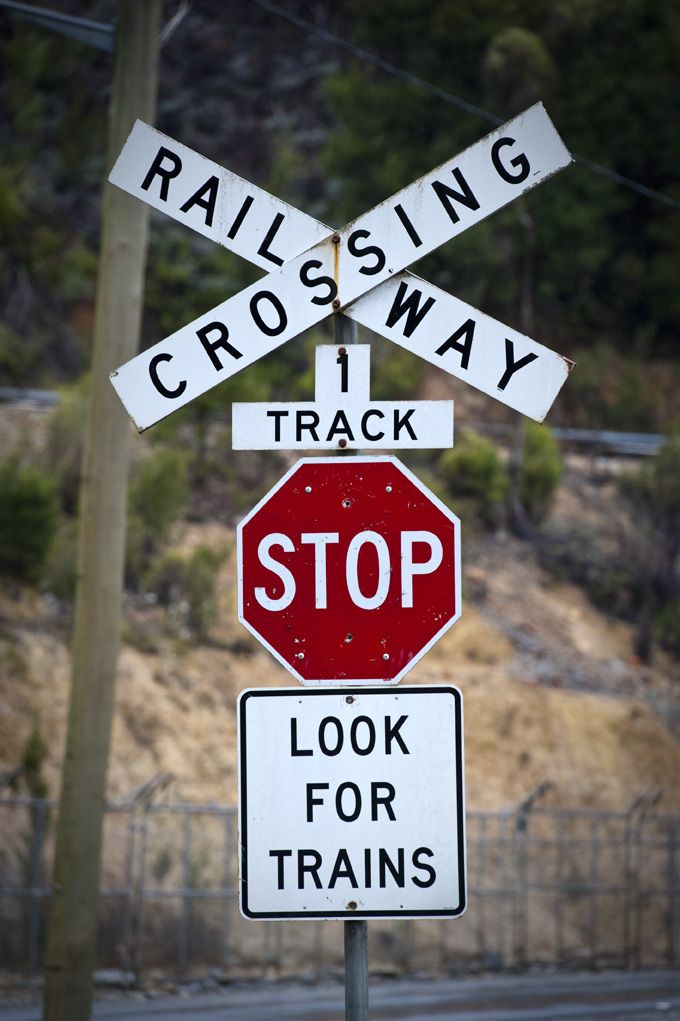 PublishedAug 14, 2017
TasRail will work closely with Tasmania Police to target life-threatening infrastructure vandalism and illegal trespass in Tasmania’s rail corridors as part of a united force to keep rail workers and the Tasmanian community safe.

The joint focus was announced today in Launceston as part of Rail Safety Week, which is being staged around Australasia from today.

The TasRail and Tasmania Police collaboration will focus on reducing deliberate sabotage attempts to interfere with rail operations, as well as highlight the dangers of the public walking and loitering on or near the railway.

The partnership will involve timely notification by TasRail’s Train Control of reported incidents to Tasmania Police, provision of CCTV footage from locomotives and images from static cameras at level crossings, and collaboration on all levels to identify and apprehend offenders.
TasRail CEO Damien White said the number of reported level crossing vandalism incidents had risen 89 per cent from 2015/16 to 2016/17 and further reporting in the first six weeks of the current financial year showed record level crossing vandalism incidents, particularly in the North West.

Mr White said while it was pleasing to see a reduction in the number of trespass incidents, it was completely unacceptable that members of the public were continuing to illegally access and vandalise Tasmania’s rail infrastructure.

“We encourage all Tasmanians and visitors to our State to treat our rail network with respect to ensure our highly-valued employees can go home unharmed each night, our trains can carry freight safely on behalf of our customers and that the health and safety of the general public is not put at risk,” Mr White said.

CCTV footage taken from TasRail’s locomotives during the recent July school holidays has shown a high number of children playing in the rail corridor, walking on the tracks, crossing rail bridges and placing obstructions on the rail.

CCTV from locomotives and vision from level crossing cameras were downloaded, reviewed and forwarded to Tasmania Police regarding several recent incidents.

Mr White congratulated Tasmania Police on their proactive approach to rail safety and said he looked forward to seeing a reduction in reported incidents.

“We urge parents and teachers to educate all children about the life-threatening dangers associated with people of any age accessing the rail corridor,” Mr White said.

“A train can come at any time and it takes a locomotive driver almost 1000 metres to stop a train travelling at 70 kilometres per hour or 450 metres when travelling at 30 kms per hour.

“TasRail has a proud safety record which has resulted in a reduction in our insurance premiums and our employees enjoying a safer work place. Our team are committed to our strict safety policies and procedures, as well as initiatives such as Safety Circle focused on ‘Home Safe and Well’.”

If any member of the public views an unauthorised person in the rail corridor or acting suspiciously near rail infrastructure, they should contact TasRail on 1300 TASRAIL or Tasmania Police on 13 1444 or 000 in the case of an emergency.