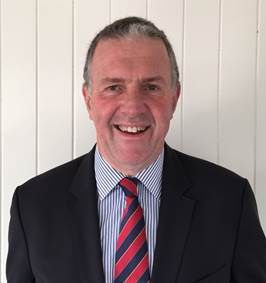 ARA Interim Chairman, Bob Herbert AM, said Mr Broad brings to the role an extensive network of knowledge, experience and influence from within the rail industry, having worked in both the rail and construction industries for more than 25 years.

“Danny’s expertise lies in his wide ranging experience and capability in company management, leadership, stakeholder engagement and business development, which will stand the ARA in good stead as we look towards the future,” said Mr Herbert.

“Danny joins the ARA from his role of Executive Manager Rail at Ranbury where he was spearheading the expansion of the company’s Rail business; but is also well recognised for his seventeen years with Downer Rail, where he held a variety of senior executive roles.

“Throughout his career, Danny has been responsible for the delivery of numerous freight and passenger rollingstock projects for the major Australian rail operators.  In the early 2000’s, Danny oversaw the strategic merger and rebranding of Walkers and Clyde Engineering into Downer Rail.  He also participated in the introduction of the initial concept of a zero harm culture into Downer Rail in 2005, which resulted in major reductions and continuous improvement in accident, incident and environmental statistics.

“Danny also has a long history with the ARA, holding a position on the board for ten years, representing rail suppliers and manufacturers.

“I look forward to working closely with Danny as he leads the ARA into a new phase and continues to drive prosperity and build value for our members into the future,” Mr Herbert said.

Mr Broad replaces former CEO, Bryan Nye OAM, who announced his resignation from the role in April this year. He will take up his new role on 1 October 2015.