Take your time don't risk your life at level crossings 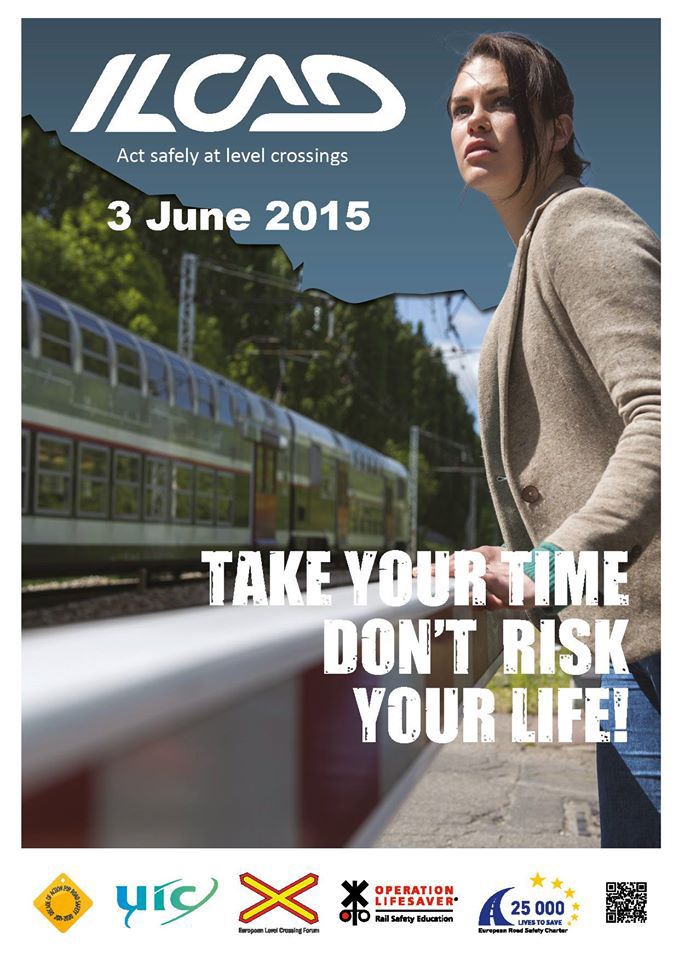 PublishedJun 03, 2015
The TrackSAFE Foundation is proudly supporting today’s seventh annual International Level Crossing Awareness Day (ILCAD) and is encouraging all Australians to join the rest of the world in being safe and aware when around railway lines and level crossings.

TrackSAFE General Manager, Naomi Frauenfelder said that with incidents at level crossings still a regular occurrence in Australia, the theme for this year’s ILCAD ‘Take your time, don’t risk your life!’ was an important message.

“Australia's rail network is the sixth largest in the world, with 44,000km of track and 23,500 level crossings across the network. There are sadly around 150 collisions between pedestrians or vehicles with trains at level crossings resulting in death or serious injury every year,” said Ms Frauenfelder.

“Level crossing incidents are avoidable if people simply take their time and obey the warning signs and signals in place for their own safety.

“Every near hit and collision on the rail network causes severe and lasting trauma for train drivers and other rail employees involved.

“ILCAD is an impressive initiative that brings global attention to level crossing safety which continues to be one of the Australian rail industry’s highest safety priorities.

“Through TrackSAFE, the rail industry continues to drive education and awareness campaigns in Australia as level crossing collisions are consistently shown to be the direct result of driver behaviour and failure to observe warning signs and signals.

“In Australia, TrackSAFE has been encouraged by recent government initiatives to upgrade, or in some cases even remove, notorious level crossings. The Victorian government, for example, has allocated up to $2.4 billion towards the removal of 50 of Victoria’s worst level crossings in its recent 2015-16 Budget.

“It’s important that along with these infrastructure improvements, also come behavioural improvements which can only be achieved through education and awareness which is what campaigns like ILCAD set out to achieve.

“The organisers of ILCAD must be congratulated yet again on what is sure to be another successful level crossing safety awareness-raising day and we encourage all Australian’s to take heed of their message and ‘Take your time, don’t risk your life!’”, Ms Frauenfelder concluded.