NEW TRAIN CONTROL SYSTEM IS A GAME CHANGER FOR TASRAIL 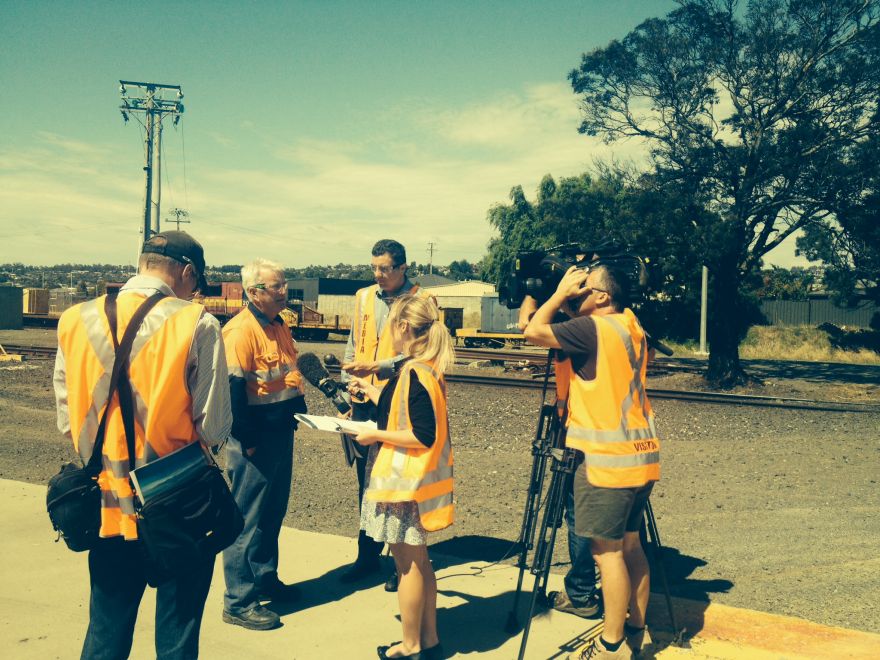 Chief Executive Officer Damien White said the ANCS is a watershed for TasRail and propels the business to deliver modern, innovative, efficient and competitive freight solutions for customers.

The ANCS is a GPS-based system supported by a digital data radio network that ensures significant additional safeguards for both rail movements and track maintenance activities.  “It provides much improved visibility of network occupation, combined with GPS-based alarming to warn users of potential occupation and/or speed breaches”, Mr White said. “By contrast, the old system was paper-based and required considerable human interaction, meaning that it was vulnerable to human error and resulted in a relatively high number of Safeworking breaches”.

Unlike a majority of TasRail’s other major capital projects, Mr White said the ANCS touches all parts of the freight railway operation. “By necessity, the planning and implementation processes are complex and have required comprehensive risk management and change management processes”.

Mr White said every employee and contractor interacting with railway network needs to use the new system.  “The successful commissioning of the system this week demonstrates the capability of TasRail’s workforce to embrace change and adapt to new technology”.

“To the best of my knowledge, the ANCS is the only single system currently operating in Australia that protects both trains and track workers”, he said.  “All Tasmanians can be proud that their railway now boasts the most innovative train control system in the country”.

TasRail went through an exhaustive procurement process to select the new system and suppliers with the right experience. The ANCS is supplied by Siemens Rail Automation Pty Ltd, supported by a digital data radio network designed and supplied by Tait Communications. Project support is also being provided by Australasian Railway Consultancy Services, particularly during the planning and implementation phase.

“I’m extremely proud of TasRail’s whole project team”, Mr White said. “The passion and commitment by them has been outstanding, and likewise the level of professionalism and support from our employees and key suppliers has been fantastic”.

The ANCS project was included in Tasmania’s Rail Recovery Plan and is funded by the Tasmanian Government.