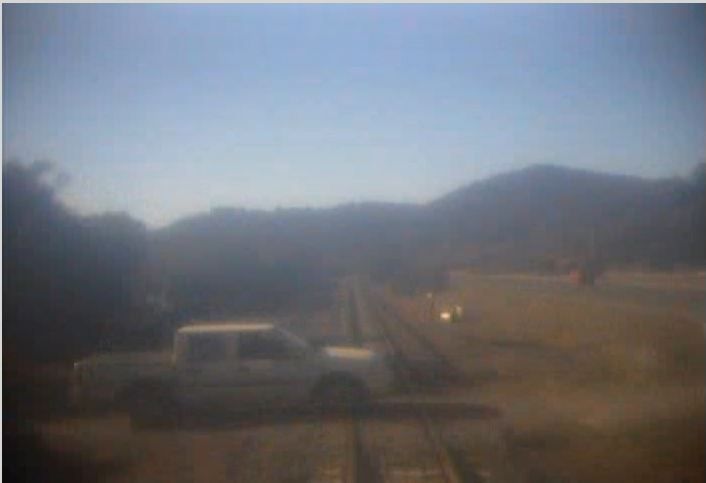 PublishedSep 06, 2014
Two people were extremely lucky to walk away from a level crossing vehicle collision on the North West Coast this morning.

TasRail reports that the male driver of a white crew cab ute had proceeded part way through the level crossing, but on recognising the train was upon the crossing, he had tried to reverse, but did not have time to avoid colliding with the train. Police and Emergency Services attended the scene.

The collision has left the experienced train driver badly shaken and unable to continue his shift.  He is receiving appropriate trauma support and assistance from TasRail.  Fortunately the male driver of the vehicle and his female passenger walked away with only minor injuries, although their vehicle is a write-off.

TasRail is becoming increasingly frustrated by inattention and/or reckless driving by road users on the North West Coast. Despite recent awareness campaigns to warn road users of the consequences of not heeding the rail safety message, there have been more than 39 reports of Near Miss and Failure- to- Stop incidents between Deloraine and Burnie in just the past three months.

TasRail Chief Executive Damien White said it is time that North West Coast road users heeded the message.  “The prevention of level crossing collisions and near miss incidents is not rocket science”, he said. “It simply requires all road users to be more respectful of railway level crossing signs and signals and to obey road rules”.

Mr White said train drivers and other rail employees should expect to go about their daily work without the constant worry that the actions and decisions of others will cause them harm.  He revealed that only luck and milliseconds prevented today’s level crossing collision from costing lives.

“Today’s vehicle collision, and the trauma caused to the train driver, must serve a purpose”, Mr White said. “I implore road users on the North West Coast to head the message, stop and think and Lose a Minute, Not a Life”.