Helping our friends at Incat 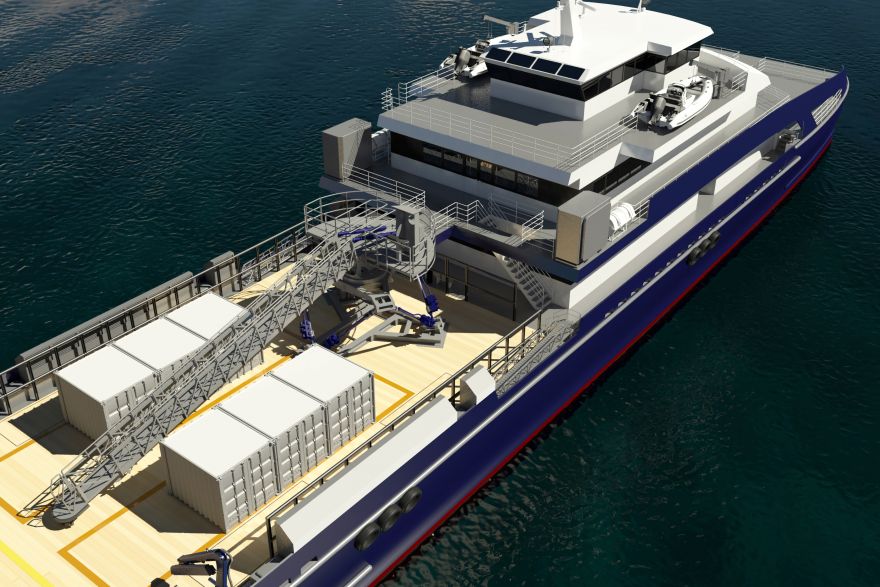 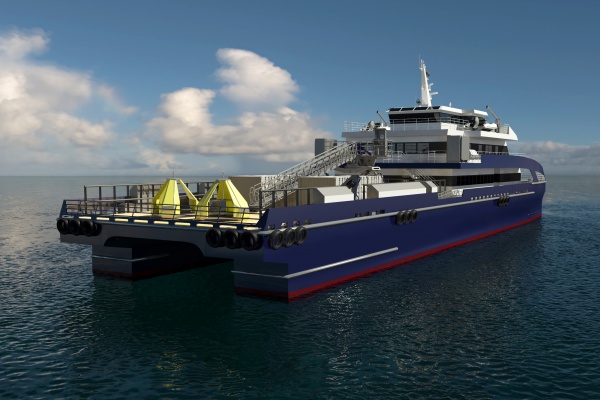 TasRail was recently pleased to lend a hand to local shipbuilder Incat Tasmania (located on Prince of Wales Bay in Hobart) through the supply of a small quantity of second hand rail.

The rail will be used to modify its existing slipway ahead of the launch of Incat’s new vessel, expected to occur in August.

The 70m-long crew transfer vessel is to be delivered to Caspian Marine Services Ltd (CMS) in Baku, Azerbaijan, via a transit through the Volga-Don Canal.

To allow for the canal transit the Fast Crew Boat (FCB), has a beam of only 16m, much narrower than vessels usually built in the Incat Coverdales Dry Dock, which is designed for vessels with a beam from 26m to 30m.

To enable construction of the 16m beam catamaran the Incat team developed a new elevated support structure, and designed a launch procedure specific for this class of vessel using a combination of railway lines with bogies to support the majority of the vessel, in combination with barges.

The Incat drydock facilities generally require a high tide for launch, so it’s not uncommon for the vessels to be launched well before delivery with work then completed on the water.  The usual launch procedure is for dock gates to be removed allowing the dock to flood, the lines are gradually released and the vessel supported on rail bogies gradually moves along and down the rail lines on the dock incline and into the River.

In the case of the 74m vessel the extra rails donated by TasRail will be fixed on the elevated hard stand area between the two docks and used to support and stabilise the port hulls during the latter part of construction and the launch.

The FCB is due for delivery from Hobart at the end of September.

Once deployed, CMS will operate the vessels, providing crew transfer and hot shot cargo services to platforms in such fields as Azeri-Chirag-Deepwater Gunashli (ACG), the largest oil field in the Azerbaijan sector of the Caspian Sea and Shah Deniz (a large offshore gas and condensate field).

The oil and gas produced from these fields is transported by tanker for processing in Baku, and then transported via pipeline through Georgia and Turkey to the Mediterranean port of Ceyhan or the Georgian port of Supsa in the Black Sea.