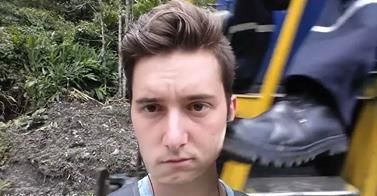 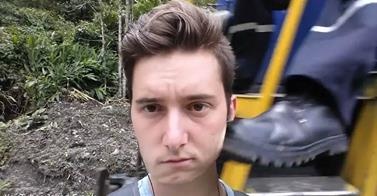 In the Tasmanian context the issue is compounded due to the fact rail freight services had declined to a point where the railway almost slipped from the public consciousness and certainly from frequent view.  This in turn has arguably led to complacency when interacting with the rail corridor, in particular with respect to vehicle interactions with active level crossings or people entering the rail corridor.

Fast forward to 2014 and the network now being operated by TasRail. There has been a step change in corridor activity including the frequency of freight movements, along with commissioning a fleet of new locomotives and rolling stock that is not only quieter but also has the ability to travel faster due to associated track upgrades.

TasRail’s incident reports have shown that many incursions into the rail corridor involve either children or young adults, usually for the purpose of taking a short cut or to use a bridge as a diving board – with a corresponding spike in reports during school holidays. Adults aren’t off the hook either, with short cuts and photo missions two major motivators into the corridor.So what are the best methods to communicate the safety message and via what media platforms?

Recent experience at TasRail, and the industry more broadly, has shown that campaigns predicated on humour, which also highlight the inherent stupidity of ignoring the need to heed rail safety seem to have the greatest success.

Perhaps the best known example of this is the award winning “Dumb Ways to Die,”  http://dumbwaystodie.com which was hugely popular when released, arguably as it a very amusing stand alone piece of satire in addition to communicating an important safety message.

Based on the relative popularity of some recent Facebook posts on the TasRail page - https://www.facebook.com/Follow.TasRail there’s also strong anecdotal evidence that publishing footage of ‘near hits,’ which also contain some implied form of comical narrative usually increases the number of views and ‘likes.’

For example, a recent link to news story on a teenager, who while attempting to take a ‘selfie’ in front of a passing train was kicked in the head by the train’s engineer (who was trying to move him away from the train) has been viewed almost 15,000 times on the TasRail Facebook page – a record for the site. http://news.ninemsn.com.au/world/2014/04/16/15/25/train-engineer-kicks-selfie-teen-in-the-head

Another similar post of a U.S. Senator conducting a press conference, ironically on rail safety, who was the subject of a ‘near hit’, has been viewed more than 2000 times - http://www.sbs.com.au/news/article/2014/04/21/us-senator-richard-blumenthal-has-near-miss-train?utm_source=twitterfeed&utm_medium=twitter

So what does this tell us?

There are three significant take home messages from the relative popularity of these posts.

Firstly, they are entertaining irrespective of the in-built safety messaging and possess the mythical X – Factor that leads to viral sharing across social media platforms.

Secondly, and perhaps more importantly from a rail safety perspective the posts ‘show,’ as opposed to ‘tell’ the viewer of  some of the inherent risks when interacting with the rail corridor.

Thirdly, such posts effectively hold a mirror to the public sphere, reflecting back inappropriate behaviour and the associated consequences to the audience.

This view also accords with TasRail’s general approach to communicating its safety.

As part of our continuing community engagement program TasRail would love to hear your thoughts/feedback on the issue.

So please visit us at https://www.facebook.com/Follow.TasRail or @tasrail and don’t forget to stop by http://www.tracksafefoundation.com.au/site/ and support the foundation that works every day to make the rail corridor a safe place for trains and people.

To mark this year’s Rail R U OK? Day (29 April) TasRail has teamed up with SPEAK UP! Stay ChatTY to promote the importance of mental…
Read Article

TasRail has urged Tasmanians to remember to stop, look, listen and think when they are anywhere near the rail corridor.
Read Article