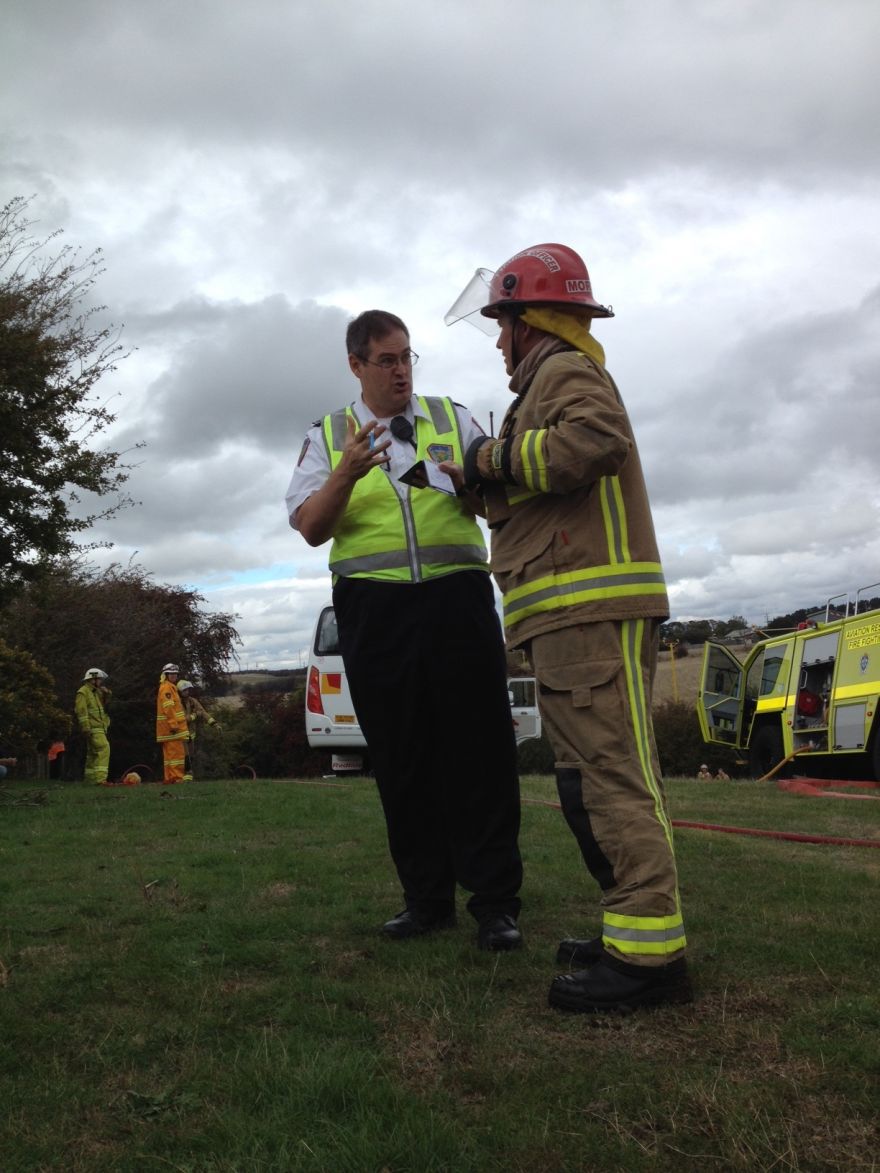 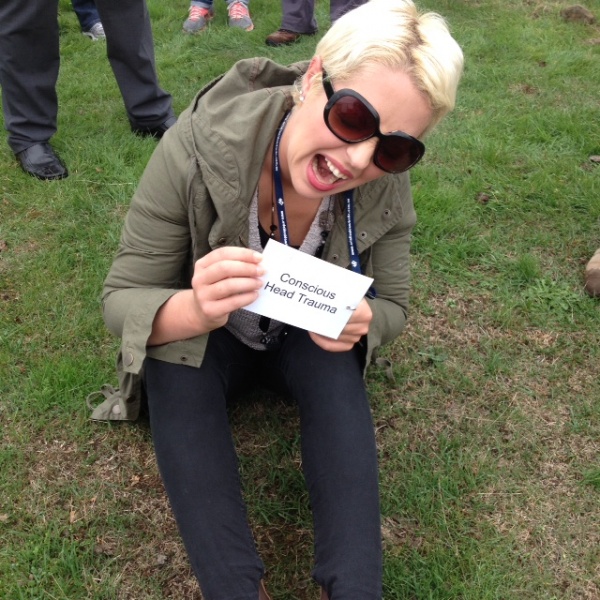 Not many people put their hand up to be involved in an airplane disaster (especially not in the current climate). But then again I am not like most people and have secretly been relishing the idea of being in a simulated airplane crash since the first episode of Air Crash Investigations hit our TV screens some years ago.

This Wednesday saw that rather unusual dream come true. Along with our safety experts Adam Willis and Derek Van der Heide I set off for Launceston Airport early in the morning after answering a call for volunteer “passengers”.

Derek and Adam had a far more important job to do – observe. The simulated crash was broken up into two crash sites, one on Airport property and one in an adjoining paddock.

Running right down the middle of both sites is a core piece of TasRail infrastructure – the track to Western Junction. If a crash such as the one simulated did occur TasRail would be one of the first agencies contacted under Tasmania’s emergency disaster response protocols managed by Tasmania Police.

This means we have to have procedures in place to deal with what could be potentially a very difficult situation on a customer delivery basis. Adam attended a debrief after the simulated crash with emergency responders and will use that information to work on TasRail’s internal response.

Derek agreed it would be a good idea for TasRail to hold it’s own simulated crash exercise to ensure all protocols in place work efficiently and liaison with emergency responders works as well as it did on Wednesday. Stay tuned for this is in the future.

On a personal note it was my job to get rescued by highly-trained airport fire rescue officers and shepherded to a safe zone away from the burning (in real life just smouldering) fake wreckage after being allocated a head injury and a fake passenger name.

It was a fascinating opportunity to witness first-hand how emergency services personnel from airport firefighters through to Ambulance Tasmania and Tasmania Police personnel worked together to get everyone to safety in a nearby hangar. Red Cross workers then tested their victim registration process which has been upgraded from paper recording format during last year’s bushfires to electronic real-time recording on-site at a “disaster”. The agencies will all use the information ascertained from how the process worked today to ensure best practice responses to a real disaster.

On a final note – TasRail’s crash gates installed last year in front of the rail between the airport and the paddocks worked perfectly in allowing fast access to the second crash site, although in a real emergency they would not be removed by hand by firefighters. They would be obliterated by the fire trucks.